This story by Clint Kimberling originally appeared in “Our South’ magazine.

For Magee residents Al and Jacqueline Gordy a simple suggestion and a magazine article opened a new chapter in their life. The Gordys’ son, Kyle, showed them an article in Forbes magazine about designer dog breeds, suggesting they buy one of these dogs. The article described the phe­nomenon of designer or hybrid dogs that are crossbred to combine the best traits of each breed. One of the breeds mentioned was the Australian labradoodle. Labradoodles, the article explained, were first bred from Labradors (which are com­mon guide dogs) and poodles (with a low-shed coat) to be hypoallergenic service dogs.

To the Gordys, buying a labradoodle made a lot of sense. Al explains, “I’d had labs before and my wife always had poo­dles. This seemed like the best of both worlds to us. So we started seriously to look into it.”

After doing their research and due dili­gence, the Gordys placed an order for their first Australian Labradoodle. But while waiting on that dog, they learned of another labradoodle puppy that was immediately available in New Orleans. So they made the short trip to check it out; to put eyes on the type of dog they had just invested in. For anyone who’s ever gone to just look at a puppy, you already know they came back home with a new dog. That dog’s name was Smooch. Seeking to get Smooch profes­sionally trained, he was paired with a therapy dog specialist and was trained to be a certified service animal. Today, Smooch is probably the most one of the most active and requested Certified Therapy Pets in the southeast and was even recognized as the first non-human ever to win the Heart of Hospice Award for outstanding volunteer service.

Smooch provided the spark that ignited the Gordys’ passion for labradoodles. As the Gordys became hooked on Australian Labradoodles, they began to think of starting their own breed­ing business. And so they pur­chased a female and another male and formed Barksdale Labradoodles. The original plan was to produce one litter a year, as a way to stay busy in retire­ment. Now it’s become a year-round business that keeps them busier in retirement than they ever were when they worked.

Barksdale Labradoodles is only a breeder of Australian doodies. They do not offer training services. It should be noted that one of the most important aspects of their business is the hands-on selective placement of each dog. This includes sorting dogs from the litter based on their temperament and personali­ty to see where and how a dog should be assigned to a cus­tomer. Ninety percent of the dogs from Barksdale end up as companion dogs while only a small percentage have the required temperament for serv­ice. 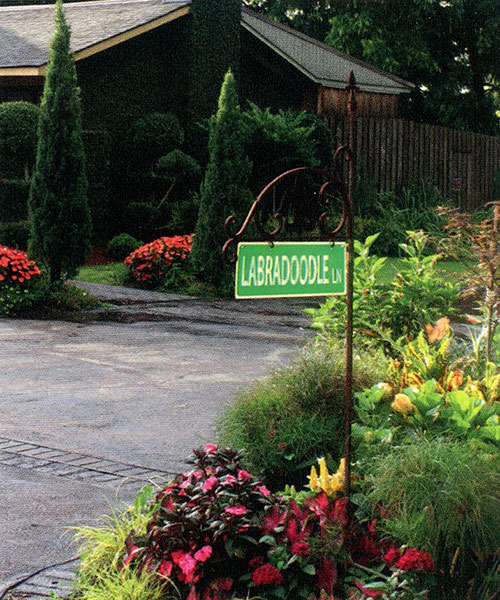 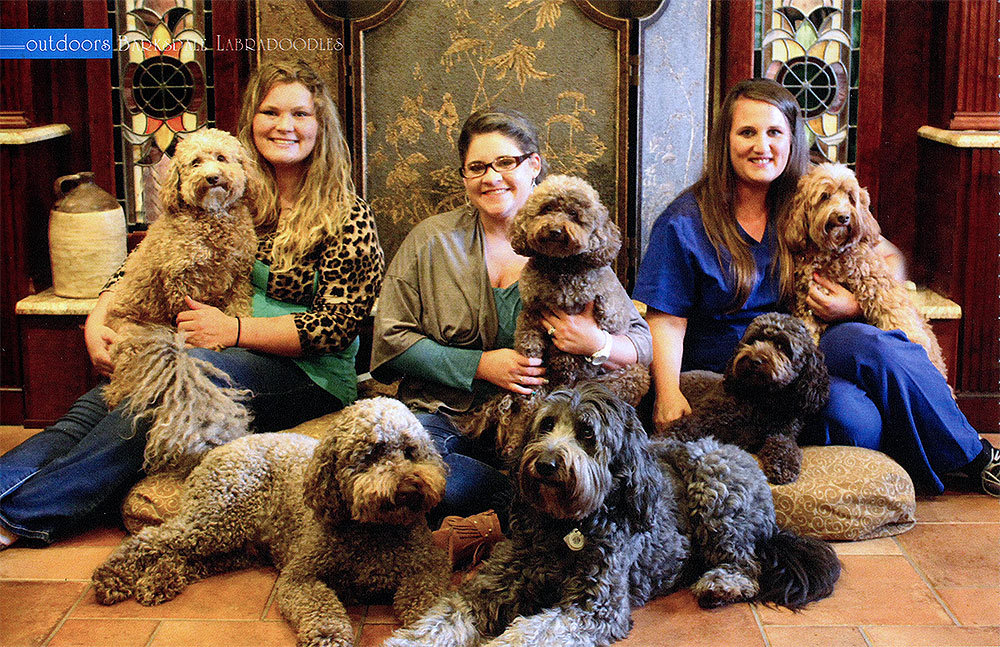 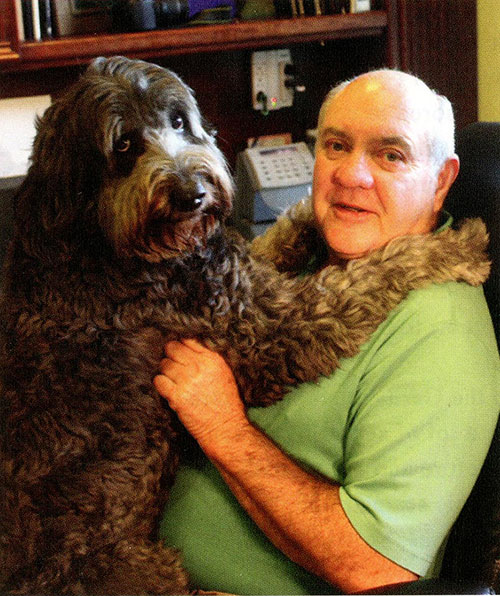 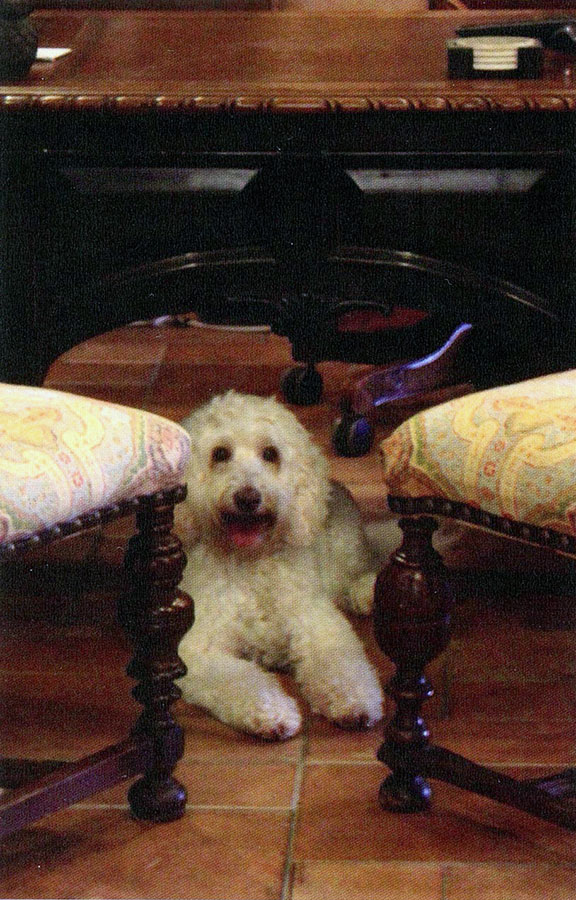 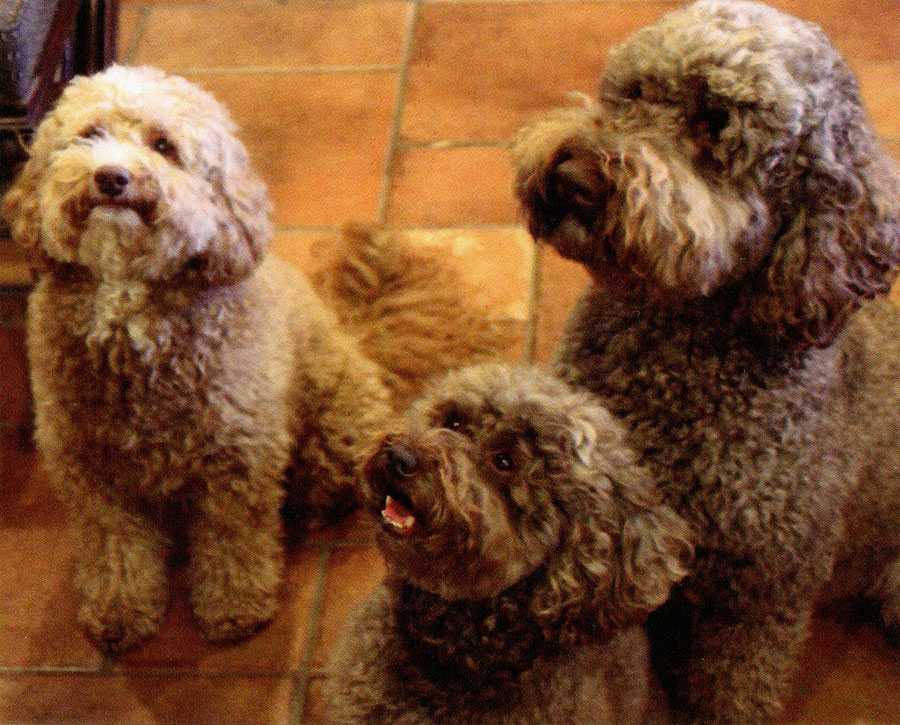 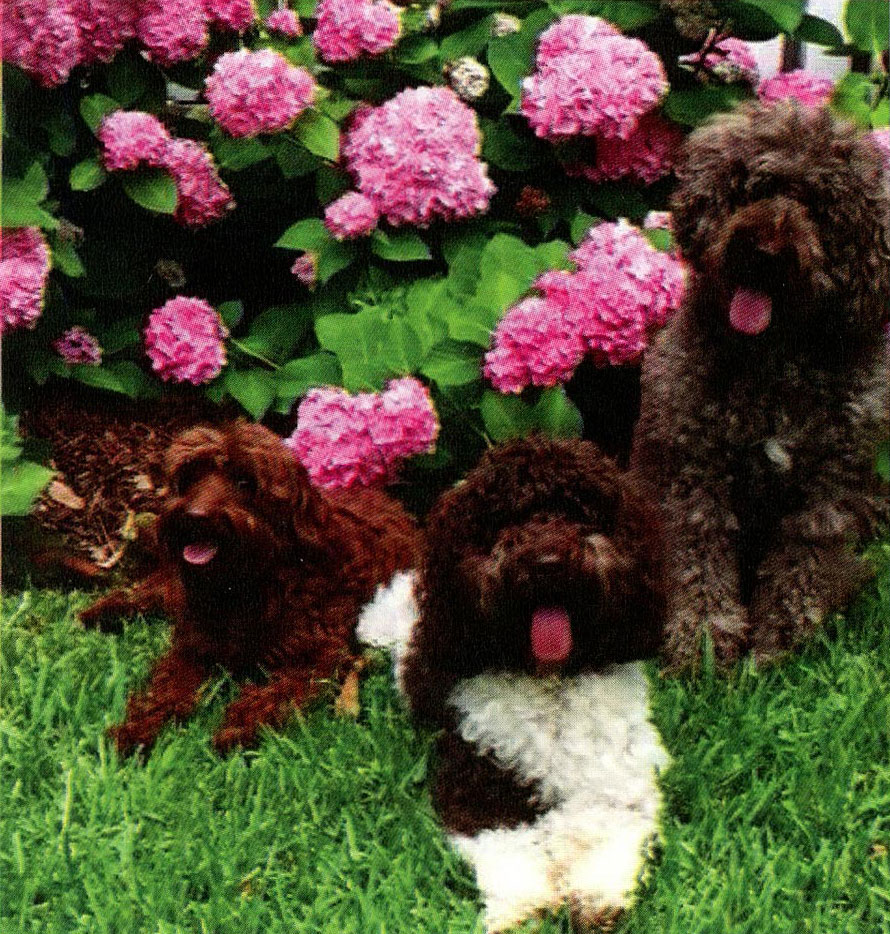 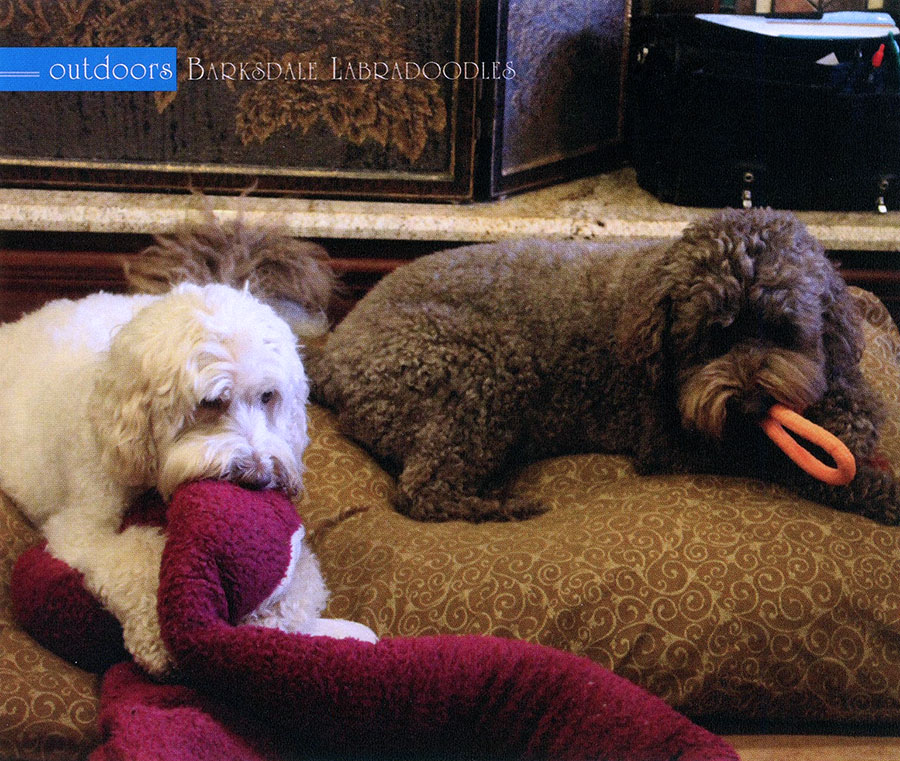 The Australian Labradoodle is said to have the intellect of a poodle combined with the loyal­ty of a Labrador. Gordy agrees with that basic assessment, elab­orating, “They’re very smart, eager to please, and easy to train. The service mentality bleeds through their personality.”

Recently, the Gordys placed a dog who will serve as therapy dog to five-year-old autistic child. The doodle will provide not only emotional support for the child but can also serve as a tether—giving the child more opportunities to go outside and gain independence. Gordy points out, “It takes a special dog for that assignment and that’s what we have to determine when mak­ing a match.”

Making these kinds of determi­nations is more than intuition; the Gordy’s use the Volhard Puppy Aptitude Test to determine a dog’s ability to adapt and pre­disposition to obedience. Gordy explains that some things to look for include how do they react to noises, how do they react to peo­ple?  “These little innuendos give great insight to the dog’s temperament. Ultimately, we want puppies to show an ability to be independent and think on their own.”

As a breed, Australian Labradoodles possess a good temperament and love being around people and have the spe­cial gift of empathy with human beings. For instance, they will typically make eye contact with people, which some breeds do not. The physical characteristics for which they were originally bred—their non-shedding, hypo-allergenic coats, lack of odor, and sturdiness —also make them particularly good candidates for working in institutional settings.

If you want a puppy from Barksdale, there are some steps to take. First, because the doo­dles are so popular and in high demand, there is usually a wait­ing list. Secondly, there is an application process. Based on your needs and wants, the Gordys select the dog that they feel will best fit your environ­ment. For instance, if a customer is older, has multiple children, or a special need to fill, those are all factors that the Gordys take into consideration when homing a puppy.

While a large percentage of dog owners choose designer dogs as a status symbol and are overly concerned with their coat or eye color, the Gordys firmly believe the most important thing should be the fit for the dog. “At the end of day, the dogs’ tempera­ment is more important than physical characteristics. For us, a match is predicated finding a fit between the needs of the dog and the owner.”

Barksdale labradoodle puppies are an investment. Doodle own­ers are getting a dog that comes from a controlled breeding line offering genetic health and gen­erations of service oriented tem­perament. Further, the puppies will come to your home already crate trained which makes house training easier. Gordy acknowl­edges it’s pricey, but counters by saying, “This is a family member that will you have for years to come. And it will eventually sleep in bed with you.”

Even after several years and countless puppies, Al still remembers the first doodle sold from Barksdale. “We sent him to Seattle and his name was Apollo Pacific,” Al says recalling the name his owners gave him. “It was tough to let it go. But even­tually I came to realize that our puppies go to special people. They’ve invested time, money, and energy. And they’re going to special homes with special peo­ple.”

The Gordy’s family has not only grown to include six per­sonal labradoodle (four of which are companion and two are serv­ice dogs, including the famous Smooch) but their house in Magee has grown to accommo­date the doodles as well. At any time there might be a dozen or so puppies and half dozen full grown doodles.  Their home now includes an on-site puppy nurs­ery and whelping facility. They also have what they call a Doodle Yard, an enclosed yard that gives the dogs a half-acre to play in.

A typical morning at Barksdale starts around 7 a.m. The Gordys start by letting the dogs outside, feeding them and starting the cleaning process. “Hygiene is a huge issue for us,” Al says.  “We do a lot individual handling of the puppies to socialize them. Then we do an evening feeding and get them ready for bed. It’s a full time job, twenty-four seven.”

“All the travel and hard work seems worth it when you receive the empathy and affection from the dogs and the satisfaction you feel in making families happy. That’s it in a nutshell. It’s not a business, it’s a passion.”